Basho Revisited, a waterfall of flowers 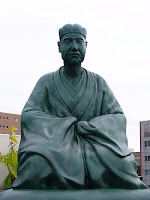 Also published for The Purple Treehouse

Humour ... was, and is still, part of haiku. Basho also used humour in his haiku. Humour isn't my thing to use in haiku. In some of my haiku it's possible that there is a touch of humour, but I did that unconscious and not on purpose.
Basho's next haiku has this humour very clearly. He has written this at Ryumon Falls at the southern foot of Mount Ryumondake in Yoshino, province of Nara. This is the area with Japan's most notable display of cherry trees. This verse uses a comparitive technique: Basho is comparing how a person who is drunk stands (or doesn't stand) with the shape of a waterfall and with the way branches loaded with blossoms hang down. (Source: Jane Reichhold). 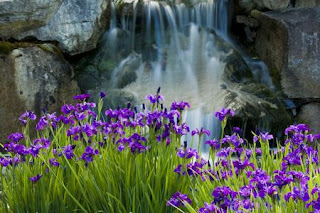 Not a common (counted) verse in this translation by Jane Reichhold, but I think that's no problem. I myself don't count the syllables when writing my haiku.
To write a haiku by myself in the Spirit of Basho's isn't easy, but I have to try.

Well I have written a few haiku in the sense and tone of this one by Basho. I only can hope that it has also a little bit of Basho's humour in it.

on the way home
drunken sailors bend over
to vomit

it's a strange sight
like a waterfall they fall
drunken sailors 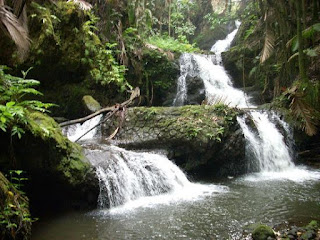 Ah! that sight
a waterfall of flowers
when vomiting

I really loved doing this part of Basho Revisited.