Basho was a fan of Saigyo's poetry. Saigyo (1118-1190) was a poet who has written 'waka' (now known as tanka). Basho loved and respected him very much. He had studied his poetry several years. He also studied a lot of Chinese poetry. In some of Basho's poems we can see that he had studied the classical Chinese and Japanese poetry, but also had studied a lot of spiritual and religious literature and poetry.
It's a wonder how he put all this knowledge into his haiku. As we can see in our lifetime modern poets and haiku poets also use the knowledge of the classical poetry and literature in their poetry.
I myself used it for example in my haibun 'My Narrow Road', in which I used (as the title already says) Basho's Narrow Road to the Far North. It's not a shame to use your knowledge to write fine poetry or in my case haiku. 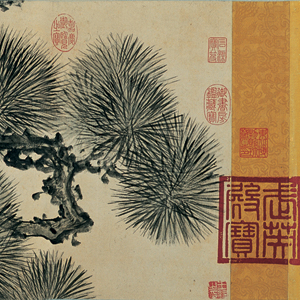 silence
in between worlds -
the city parc 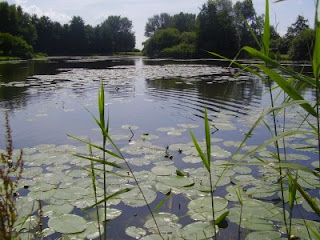 Back to this episode of Basho Revisited. I have to write a new haiku in the same Spirit as the one by Basho. This will be a tough one I think :)

Not a strong one I guess, but ... I had to write a new haiku in Basho's Spirit, I think I succeeded. If not ... well it's surely in the Spirit of Chevrefeuille.