Basho Revisited, lost from its nest

Basho often used the technique of giving himself an animal or bird's name to describe his own situation instead of using a personal pronoun or referring to himself as author of the verse. Feeling old, and perhaps somewhat ill, and always traveling from place to place, it is easy to see how Basho may have been describing himself as well as making a comment about a natural phenomenon.

It wasn't common to mention the haiku poet in his own haiku. It was just not done as the poet mentioned himself in his haiku, but as Basho did in the following haiku, he took the 'form' of a plover crying because he has lost his nest. Basho, also somewhere called 'the traveling poet', had no own house or something like that. He didn't need that because he was always on a journey.

yami no yo ya   su wo madowashi   naku chidori

darkness of night
lost from its nest
a plover cries 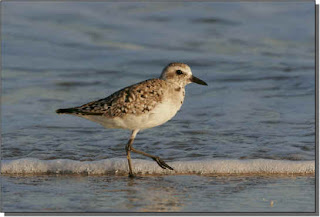 This is a not so well known haiku by Basho, but it's one of the better ones I think. One can visualize the painting. It's dark. A plover cries because it can not find its nest. Maybe the plover in this haiku was a young one.
Basho was lost and had no home of his own. So he was very sad and feels lost in the darkness of the night. Also a possible reason for the 'color' of this haiku can be that Basho was ill and lays in his bed without help or friends around him. He wrote this haiku in Spring 1692, two years before he died.

Can I write a haiku in the same sense and tone as Basho's one?

the cry of a bird
resonates through the night
has it lost his nest?

Not bad I think. It's in the same sense and tone as the one by master Basho.